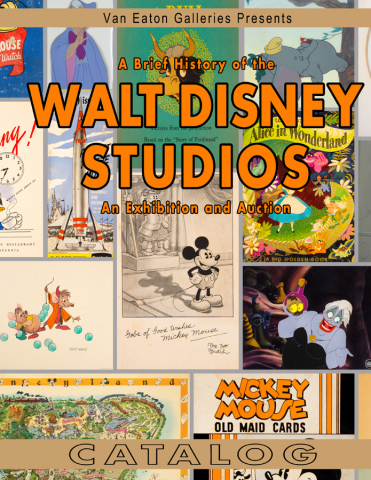 This is the softcover version of the catalog for our July 2018 "A Brief History of the Walt Disney Studios" auction. This gorgeous collectible reference catalog measures 11" x 8.5" and features lovely full-color imagery for almost 600 items available in the auction, detailed across over 180 pages.
THIS CATALOG IS IN STOCK AND SHIPPING IMMEDIATELY.